Pen and colored pencil on paper

Pen and colored pencil on paper

Pen and ink on paper 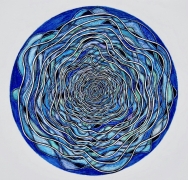 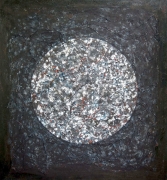 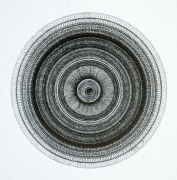 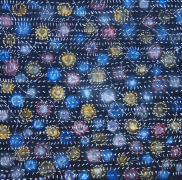 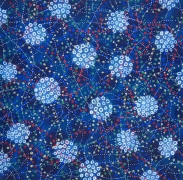 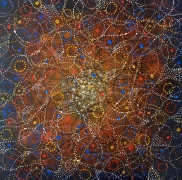 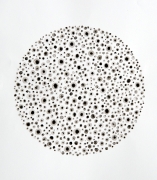 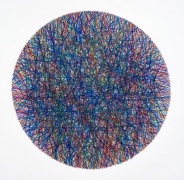 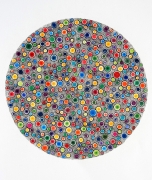 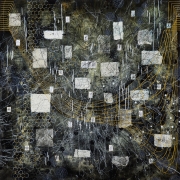 Shanthi Chandrasekar is a Maryland-based artist who has been drawing and painting since early childhood. Her interest in understanding different forms of visual media has led her to experiment with drawing, painting, sculpture, photography, printmaking and papermaking. She has also been trained in the traditional art forms of Kolam and Tanjore-style painting, along with an introduction to Indian miniature painting. While many of her works are influenced by her Indian heritage, her true inspiration comes from the mystery and majesty of the world around her; her muse lives where the scientific overlaps with the spiritual.

As a student growing up in a nuclear research center community in India, I was stumped by certain questions in physics, such as the nature of light, space and time.  I wondered if a vacuum was really empty and what if it was filled with some kind of matter that we couldn’t perceive. These questions seemed very basic and so I hesitated to bring them up, instead daydreaming about them. Asymptotes with lines tending towards zero or infinity would take me to other dimensions.  My curiosity about the journeys of light and negligible particles would lead me to imagine myself in their world at their scale.

As an adult, I continue to visualize these scenarios and picture myself as a photon or a neutrino traveling through space and time, making decisions as I zoom along.  Now I have extended this adventure to include neuroscience by trying to understand the workings of the brain and memory at quantum level.

Although I may not know the technical ins and outs of physics or neuroscience to the same degree as a career scientist, I strive to convey the awe that I feel in response to these phenomena through whichever medium I feel can translate it the best. By collaborating with scientists, I can further explore the world of physics in its depths and peaks, and create visceral connections and immersions through my art. Through this process of scientific enquiry through art, I seek to unravel the mysteries of the cosmos that continue to fascinate me.