Graphie and paper on paper 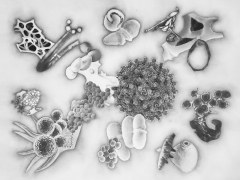 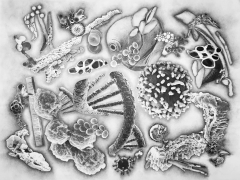 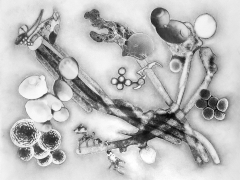 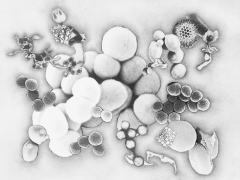 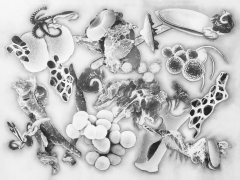 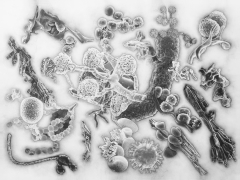 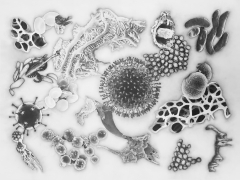 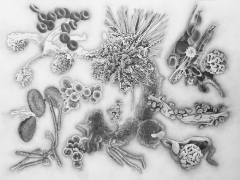 Julie Harrison is an artist in New York City who moves between drawing, photography, video, painting, and performance. She is the recipient of numerous grants and awards and has exhibited widely. From 2003–2010, Harrison founded and directed the Art & Technology B.A. Program at Stevens Institute of Technology in Hoboken, New Jersey (and taught there since 1992), and is currently associated with Granary Books, publisher of work exploring the intersection of word, image and page.

Julie Harrison was a pioneer user of the early Sony Portapak analog video system. She moved to New York City in 1976 and began working with dancers including  Simone Forti (1978) at the MoMA Sculpture Garden, and Grommet events spearheaded by Fluxus artist Jean Dupuy. Harrison was an early member of the artists’ group, Collaborative Projects (Colab) (1977–1984), was co-founder (with Willoughby Sharp) of Machine Language, worked with image-processed videos on-and-off over a period of 15 years at the Experimental Television Center (ETC), and made video art, documentaries and educational videos which have aired on PBS nationwide and were featured in festivals such as the Toronto Film Festival, The World-Wide Video Festival in The Hague; Video Roma in Italy; Video/Culture Canada in Toronto; the National Video Festival in Los Angeles, among others.

In the 1980s, Harrison returned to painting and drawing and in 1993, while in residence at Central Michigan University, she bought her first MacIntosh computer to convert video images to digital stills, combining her 2-D with her 3-D work. After creating conceptual-based photographs throughout the 2000s, she began her current series of biomorphic / science-based drawings in 2017.

Museum exhibitions include the Museum of Modern Art in New York, Museum of Arts & Design in New York, The Neuberger Museum/Purchase, The Albany State Museum, the Bronx Museum for the Arts, the New Museum of Contemporary Art in New York, Smith College Museum of Art, the Astoria Museum of the Moving Image (NY), Clark Humanities Museum, The Walker Art Center; and in Germany, the Staatliche Museum in Baden-Baden, the Munchner Stadtmuseum in Munich, and the Museum für Angewandte Kunst, Frankfurt.

I have long been inspired by nature and that part which is unseen — as metaphor, as subject, as medium. My fascination with biology was enhanced when introduced to scanning electron microscopic images. This led me to learn about local phytoplasma and create drawings based on this research.

My methods of creating are improvisational. I cut, combine, paste and draw onto found and re-photographed images of bacterial and viral particles, organs, brain activity and my own biomorphic abstractions which overlap and float in space to evoke imagined worlds, seemingly lit from within where I can escape and allow others to do the same.

As an artist, I play with the idea that new organisms might combine and form relationships with one another. What if we could combine the good (virus) with the bad (virus) and coexist together? For example, what if SARS-CoV-2 could form relationships with our immune system, with white blood cells, and get along? Love each other and even thrive together? These extant cohabitations are the inspiration for the biological universes I create on paper. I frame and rearrange images of these disparate organisms in surreal ways that can seem unexpected and disorienting.